St. Lohn the Baptist church :
The Story Behind a Door

Faith : It’s a strange thing! You might reach 21st century and explore the universe, lauch 20 satellites in one flight, build amazing structures, with your knowledge; when it comes to storms, droughts, blights, earthquakes in short with all such calamities we call ‘Act of God’ – we can’t survive without one thing – ‘Faith’.

We humans are incredible creatures in that way! We have faith in god and believe no such calamity will strike our community, when it does, we believe it will not hit home. And if it still finds our address, we try to get past it, with minimum damage, keeping faith in god, believing that better times are ahead. And we actually did that before, numerous times. I am not taking about a person, or community or nation here. ‘We’ – as in human beings have seen good and bad times, faced adversaries and adversities, and survived, hoping, ‘Praying’ for stable home, better times.

And hence, when I see a house of faith such as below, praying for a better time, it makes me think how little we actually care for god.

Though shaky, this archway stands tall since 1579. 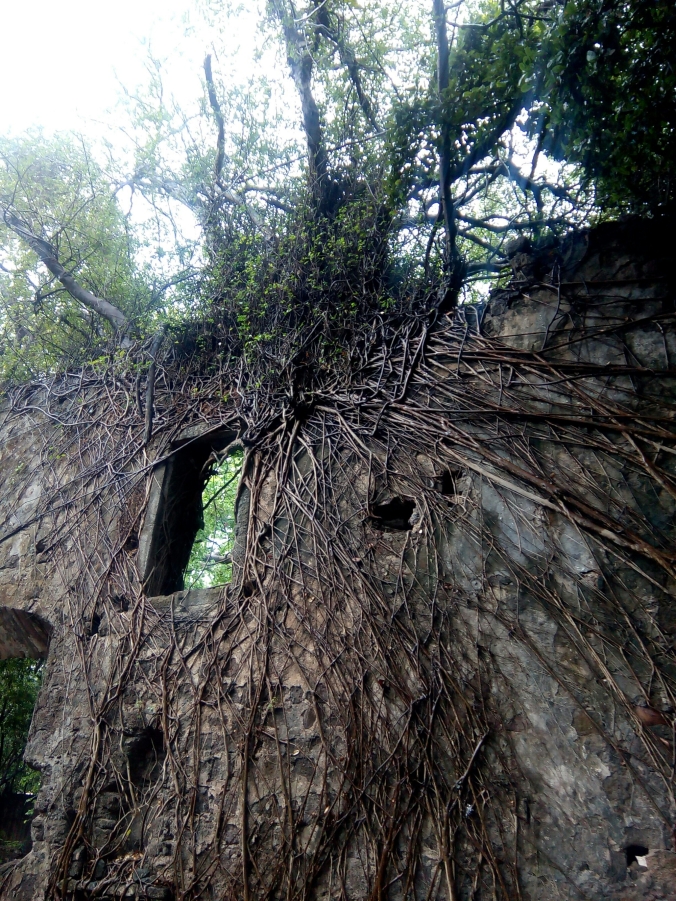 Tree’s have taken their roots in the walls, making them extremely dangerous, but also, kind of beautiful. 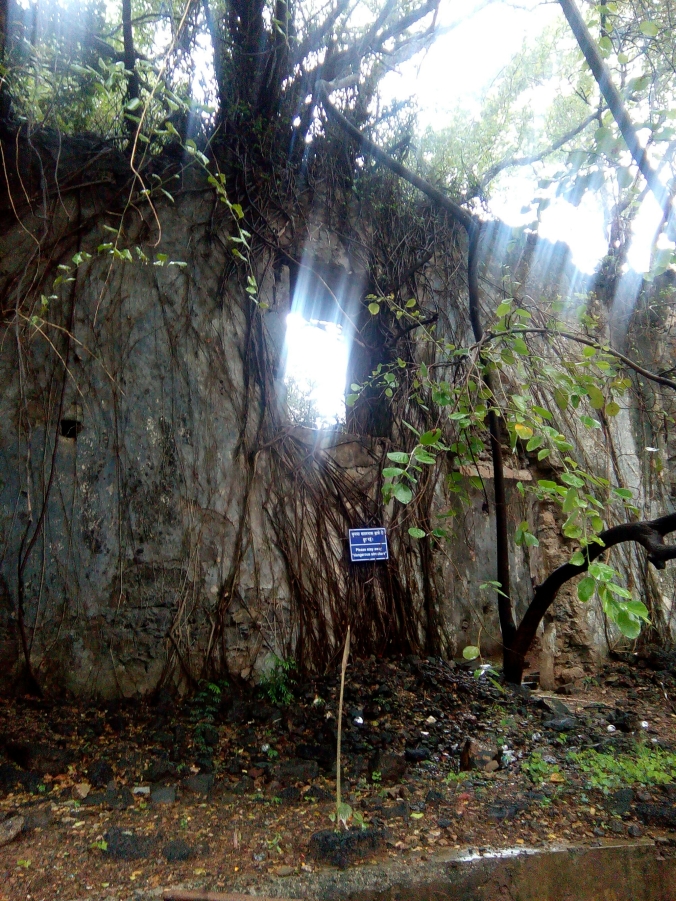 The same wall, captured from the outside. Look at the small window that glows beautifully! The board below bears warning about the poor stability of structure. 😦 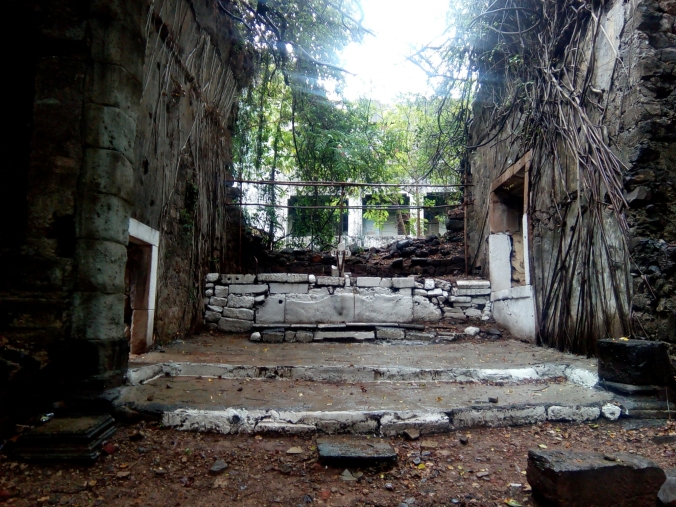 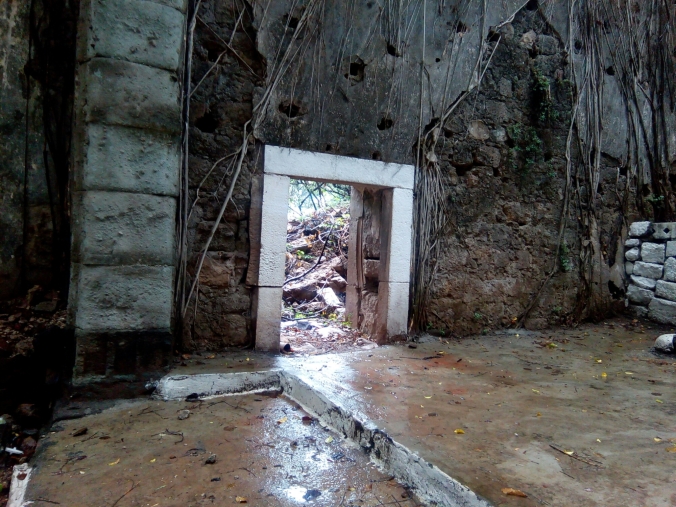 Stones that are used as Prayer benches. 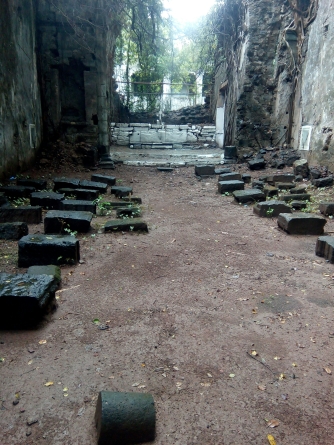 Stones that are used as Prayer benches 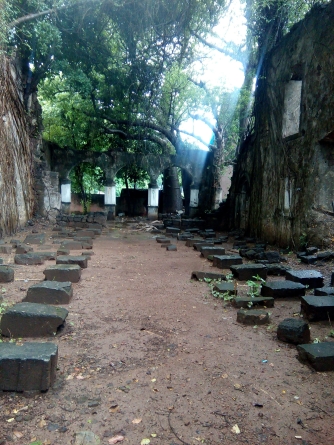 Another view of the Prayer benches

See the interplay between light and the structure, I am in awe with this aura.

Another view of the Prayer benches 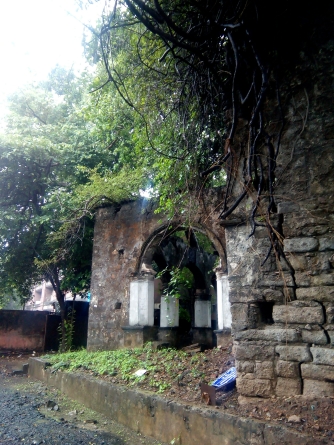 This church was built-in Kondivita village (Currently and industrial area in Mumbai) by the Portuguese Jesuits in 1579 and opened to public worship on the feast of John the Baptist that year. unfortunately, when an epidemic hit the village in 1840, this church was abandoned and the Vicar of Kondivita transferred the church to the nearby Marol village. (Source : Wikipedia)

It is also said that the church was haunted by the spirit of a newlywed bride for 300 years, and an exorcism was performed to banish her soul. There are many articles supporting this story, but I doubt the credibility of the websites. I personally don’t believe these things. But then, who am I to judge, its their faith; The way people have faith in God, they also believe in demon’s existence. I believe demon exists within us whom we need to conquer ourselves. So, no comments on this rumour!

What amazes me is though abandoned and decaying, this building still stands tall, with all its pride. Not only that, but it also gives shelter and support to the growing vegetation, though it might mean the structure’s own demise one day. Sounds like the very description of ‘Jesus’!

Posted for : Echoes of my neighbourhood by Jackie 🙂

5 thoughts on “Doors of Faith : Echoes of my Neighbourhood” 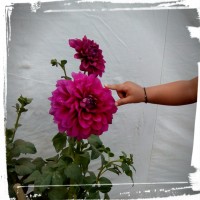 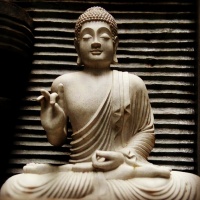 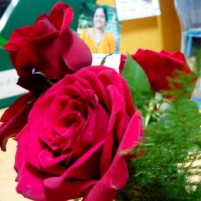 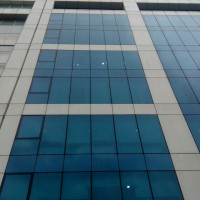